I’m really not very interested in your feedback at the moment, thank you 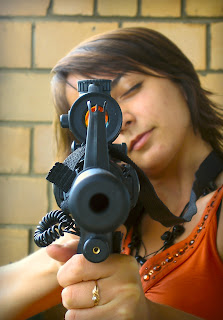 There’s a lot written about how to make feedback constructive.  It is, or at least should be, one of the first things new managers learn.  But sometimes, even the most well-considered comments fall on deaf ears or provoke an unexpectedly strong reaction.

Several years ago, I invited a builder round to size up various jobs around the house.  There were many reasons why I decided to reject his proposal, and although I could have just said I wasn’t interested, I felt he would want to know why – after all customer feedback helps businesses improve the service they offer.

I spent a long time crafting my email, taking into consideration all the usual things said about how to make feedback constructive.  Rather than just passing judgement, I described the specific things I didn’t like about his proposal and the way he had communicated with me; I tried my best to balance the positive with the negative; and I referred only to things that were in his power to change.

With hindsight, it seems obvious that his response would be less than positive.  The strength of his reaction however is what makes it stick in my mind.  It consisted of a tirade of insults about the tiny hovel I called home, my prissy attitude and my complete lack of understanding about how hard things were for him.

The builder’s less-than-constructive comments on my feedback taught me a number of important lessons.   With feedback, it’s not just what you say, or even how you say it.  You have to get your timing spot and you have to earn the right to give feedback as well.

The timing of feedback is crucial.  No-one is going to hear what you have to say if they are distracted, tired or emotional.   It is always easier to judge this when giving face-to-face verbal feedback.  You can see their reaction and adjust what you want to say, or even decide to come back another time.   Sometimes however we have to provide feedback over the phone or in writing, when it is harder to assess and control the timing.  Although you may not know whether it’s a good time, you can always ask first and then only proceed if given the green light.

It’s easy to think that being a manager or a customer automatically gives you the right to provide feedback.  While to some extent is does, people are more likely to listen when feedback comes from someone where a degree of trust has already been established.  If the relationship is poor or non-existent, the feedback may prompt some knee-jerk reaction but is unlikely to lead to any real behaviour change.

When I provided feedback to the builder, my relationship with him was not strong enough to give me the right to launch straight into detail.  It also became clear that my email arrived at just the wrong moment, when he was struggling with domestic problems as well as a mountain of work.  If I had simply informed him that I was not going to accept his proposal, adding that I was happy to explain why if he wanted, perhaps he might have been more interested in what I had to say; perhaps not.

Feedback is sometimes referred to as a ‘gift’ that the person on the receiving end can do with what they like.  Forcing an unwanted gift on someone however is perverse; it’s not just a pointless exercise, but says far more about the giver’s needs than their regard for the recipient.  Don’t do it, or like me you may end up on the wrong end of some well-deserved, old fashioned abuse.

Tim Schuler is a coach, facilitator and business partner. He specialises in bringing out the very best in managers, whether it’s their first management role or something they’ve been doing for a while. More information is available from www.tschuler.co.uk
Posted by Tim Schuler at 05:38
Email ThisBlogThis!Share to TwitterShare to FacebookShare to Pinterest
Labels: Communication, Customer Service, Feedback, Management
Newer Post Older Post Home