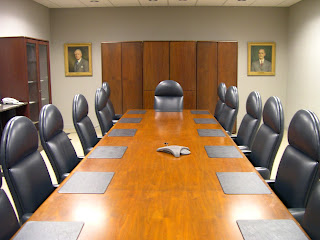 Like most clichés, Peter Drucker’s much quoted distinction between management and leadership, has lost its original impact and to some extent meaning through repetition and being taken out of context.  In a recent interview in the New York Times, a successful entrepreneur and former senior executive at Dell, Microsoft and Apple described Drucker’s aphorism in a somewhat alarming way.  Admitting that he thought he was a lousy manager but a pretty good leader, he depicted management as ‘dotting the Is, crossing the Ts, giving reviews, doing all the HR stuff’, while leadership requires understanding of the broader context, which may lead to decisions contrary to company policy.

This seems to be a rather impoverished view of what management is about, reducing it to little more than administering company policies and procedures.  Is that really what organisations expect and need from their managers?

Over the years, much has been written about the differences between leadership and management, resulting in a proliferation of conflicting opinions and models.  Leadership has perhaps become associated with high-status activities to do with strategy, change and innovation, while management is seen to be much more mundane, concerned with operational implementation issues.  While having a distinction may be useful in that it promotes greater understanding of the range of perspectives needed to run an organisation successfully, the problem arises when people try to separate leadership and management into distinct activities undertaken by completely different people.

Management involves much more than just administering company policies; to use another of Drucker’s observations, “management’s concern and management’s responsibility are everything that affects the performance of the institution”.  In order to help the organisation achieve its strategic goals, managers must have an in-depth understanding of the broader context, and possess the ability to challenge existing ways of doing things.  So although management includes ‘doing all the HR stuff’, this is far from blindly following company policy and ensuring compliance.  It involves considerable leadership skill to motivate, inspire and engage people, which may occasionally mean using judgement to weigh up the risks involved in acting contrary to policy.

So although it is clear that being a manager requires the use of leadership skills, can a leader be effective without management ability?  Some leaders may concentrate on creating and communicating the vision, while the interpretation and implementation of this, together with the day-to-day management of the organisation, is largely delegated to others.  The way these leaders manage their direct reports may be fundamentally intuitive rather than based on following set procedures.  This approach relies heavily on trust and respect for management, for without these there is a risk that the vision will never be realised and management will be forced into a Cinderella role, while leadership plays the Ugly Sister, full of self-importance and frankly rather ridiculous in its lack of understanding of the practicalities of life.

Where effectiveness (doing the right things) and efficiency (doing things right) are both required for success, so are leadership and management, and in most cases, these cannot be divided into completely separate roles undertaken by separate people.

Tim Schuler is a coach, facilitator and business partner. He specialises in bringing out the very best in managers, whether it’s their first management role or something they’ve been doing for a while. More information is available from www.tschuler.co.uk
Posted by Tim Schuler at 12:10
Email ThisBlogThis!Share to TwitterShare to FacebookShare to Pinterest
Labels: Drucker, Leadership, Management