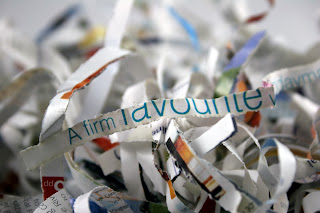 Over the years, a compelling case for abandoning the formal performance appraisal system has been established.  Fred Nickols for example argues that it ‘devours staggering amounts of time and energy, depresses and demotivates people, destroys trust and teamwork and, adding insult to injury, it delivers little demonstrable value at great cost’.

Less has been said on the subject of SMART objectives.   The setting and reviewing objectives is central not just to most appraisal schemes, but also to the wider field of performance management.  For years, managers have been encouraged to make sure objectives are SMART, and yet many fail to do so in one way or another.   While a widespread inability to set SMART objectives is not necessarily a reason for abandoning them altogether, it does raise the question of whether their use is as vital as is often stated.

What was intended as a helpful mnemonic has over time become blurred, with people disagreeing over the numerous versions of what the five letters actually stand for.  The A seems to attract the most variants, including attainable, appropriate, achievable, agreed, assignable, actionable, ambitious, aligned and aspirational.  But even the M, which most people accept stands for measurable, has alternative versions in circulation, including meaningful, motivational and manageable.   Some people favour the longer form SMARTER, adding to the confusion with even more permutations of meaning.  If SMART in itself is open to such wide interpretation, it can hardly be a reliable measure against which to judge objectives.

Another major problem with using SMART is that while it may have some application for something relatively small and self-contained, work often involves a level of complexity that cannot be captured by applying a simple formula.  Where objectives are set as part of a formal appraisal process, there is a temptation to condense them into a single sentence in order to fit the space available in the documentation.  This in effect reduces the objective to little more than a sound bite, which is unlikely to be sufficiently detailed to ensure accountability.

Organisations today face constant change and require people to be increasingly flexible.  Employees need to be much more agile, frequently checking the shifting expectations of a range of interested parties.  The setting and reviewing of simplistic SMART objectives fails to reflect this, particularly when part of an annual ritual of performance appraisal.

Tim Schuler is a coach, facilitator and business partner. He specialises in bringing out the very best in managers, whether it’s their first management role or something they’ve been doing for a while. More information is available from www.tschuler.co.uk
Posted by Tim Schuler at 04:45
Email ThisBlogThis!Share to TwitterShare to FacebookShare to Pinterest
Labels: Appraisal, Management, objectives, performance, SMART